Standing on the Shoulder of this Website's On-ramp

﻿ Since 1992, I have been seeking out, logging down, and researching about graffiti left by hitchhikers written in pencil, ink, markers, or etched into light poles, guardrails, and signage at highway entrances as they waited for rides. As far as I have been able to determine thus far, I cannot identify anyone else doing such research--at least to the degree as presented on this website. I embarked on this vocation first around my adopted home in Las Vegas, Nevada, and then as I traveled throughout the desert southwest, and later in places in North America as far off as Connecticut, Texas, Alaska, Ohio, Wyoming, Nova Scotia, and British Columbia.

Amassing a few thousand messages from several hundred on ramps and crossroads, these inscriptions date from as early as 1962 all the way to the present.  Collectively, their content runs the gamut from the expected to the surprising, the curious to the strange, the somber to the comical, and the disturbing to the uplifting.  Still others are ambiguous in meaning or seemingly are completely nonsensical or undecipherable.

For the most part, I have no idea who wrote these inscriptions, what states of mind they were in when they did, and what happened to them...at least in most cases. However, with the advent of the Internet and the mushrooming of various social media since the early days of this journey of discovery, I have been able to find out the meanings of some of the inscriptions--like the following verse inscribed on a light pole on Interstate 10 in Loma Linda, California at the Redlands Blvd on-ramp I found to be an excerpt from the poem Robin Hood and the Monk written ca. 1450 AD:
﻿
In sumer when the shawes be sheyne and
leves be large and longe yt ys ful merrie
in faire foreste to here the fowlys songe
to see the deere drawe to the dale and
leve the hilles bee and shadowe hem
in the leves grene under the grene wode tre﻿

And with the advances in technology and communications, I even have found where some of the inscription authors are or have been, and have made contact via email with some, and even face-to-face with a few.

Some thumbers may have gone on to seek and obtain fortune or fame, others straight to prison or infamy.  But most, I suspect, just went on to their respective destinations and settled down with so-called normal lives and who, with gleams in their eyes might skip a generation and recount to their grandchildren--before ever revealing to their kids--of their adventures on the road. However, for all I know, one or two of these hitchhikers may have even been on a killing spree or, conversely, the message left amounted to their last testament because their next ride was from someone who was. You can make up any number of other scenarios and may just as likely be right.

Whatever the case, by the messages left, my sense is some authors were brilliant or at least very insightful, others may have been equally insane.  But, generally it seems that most were just benignly passing through to make it back to a loving home or to flee one that wasn't; to attend some concert or other event; or just to see where that elusive "Point B" around the next bend might be. One thing for certain is that all had least a shred of risk-taker in them; a trait shared by those that first came by ship across oceans to populate North America to take their shot at improving their lot and generally are celebrated as embodying the "American spirit." And, while few risk takers would ever hitchhike, few hitchhikers would be averse to taking some amount of personal risk.

And speaking of oceans crossed, the act of a hitchhiker leaving a message on a light pole on highway on-ramp is essentially the inverse of corking a message in a bottle and flinging it into the deep blue sea.  For, in the case of the hitchhiker, the message is what remains in place, and it is the author that drifts away to locations unknown.

The original essays and muses I have posted on this website revolve around my journeys collecting these graffiti, my encounters as a one-time hitchhiker, and how these inscriptions are tied to my life experience and intertwined with world real-time and historical events.   Things I have learned in researching hitchhiker graffiti at times amaze me and at other times embarrass me in that I should have known something I didn't. For instance,

So, with all this as a backdrop, here you are at the on-ramp to this website.  Maybe take the risk and hop on in and go for the ride, and maybe leave a message behind while you do?
Next
blog
Hitching home 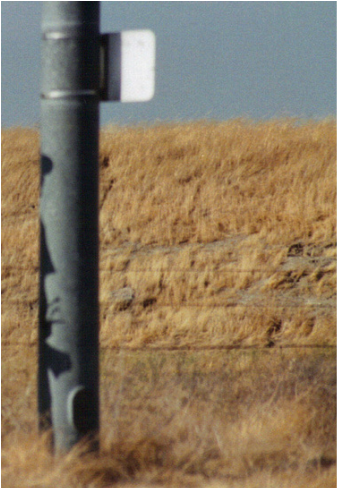 ﻿﻿Hitchhiker graffiti has kept me off the streets...

...and on the shoulders of the highways.﻿﻿
Proudly powered by Weebly